THE MAKING OF LONDONISTAN

Keys a collection of amusing,  fascinating, insightful, or  maybe even useful information

Professor R. J. Rummel, who keeps track of such things, now estimates that in the 20th century

people were murdered by their own governments.  And all these horrors were perpetrated by collectivist governments for the alleged sake of "the proletariat," the "master race," and especially, "the greater good."

None were done by countries based 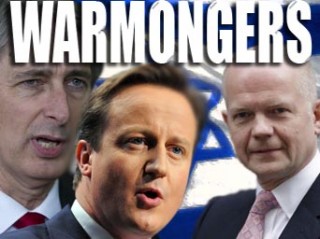 [The Zionist led USA with its poodle England has illegally invaded Islamic countries for their own gain with no thought for future consequences.  Those individuals such as George Bush and Tony Blair are WAR CRIMINALS as are those who follow their despicable and illegal actions which must surely one day bring them before the INTERNATIONAL CRIMINAL COURT for 'RIGHT JUSTICE' to be delivered for their grievous WAR CRIMES.  But for Parliament's VETO! of David Cameron's attempt to send British Forces into SYRIA after the Libya fiasco he too would have joined the band of war criminals above. The billions spent on illegal wars such as Kosovo and many others in the Arab world could have been used to raise the STANDARD OF LIVING of the PEOPLE instead of making the RICH even RICHER while the rest of the population are struggling to make ends meet.  We believe that we should have efficient ARMED FORCES to PROTECT our ISLAND HOME but NOT! for ILLEGAL excursions around the WORLD.

PARASITES OF THE PUBLIC PURSE

The PUBLIC PURSE with the growing PUBLIC SECTOR has been and still is being squandered on PUBLIC SERVANTS for far too long. The recent example of MP's receiving a £30,000 payment at the end of their term which can be repeated should the same circumstances arise is a blatant case of

'ROBBERY of the PUBLIC PURSE'

to which we are sure the TAXPAYERS are none to happy with many of them finding that they must 'tighten their belts' but for those in PUBLIC SERVICE it can be a LOTTERY WIN on every occasion . The reason why this practice continues is because those making the decisions on such matters are

INDEPENDENT PROTECTORS OF THE

A great parliamentarian John Bright MP in 1849 was appointed one of the members of the celebrated select committee of the House of Commons on official salaries. No doubt such a committee exists today but no action appears to have been taken as far as we are aware to correct the present 'LOTTERY' awards of which we hear so much . It appears that only an INDEPENDENT INQUIRY with FULL POWERS to curb this growing avalanche of GREED  at the earliest opportunity will reduce the heavy and costly demand on the PUBLIC PURSE.

[COMMENTS IN BRACKETS ARE OURS!]

THE HISTORY OF THE SATANIC COLLECTIVIST EUROPEAN UNION